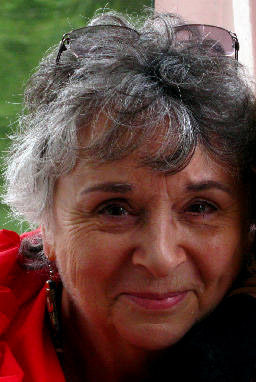 Having been a professional dancer, Zuleika studied photography at Richmond College, with a special interest in the performing arts and for the past 30 years has had her work published by many national newspapers including The Guardian, The Sunday Times, The Daily Telegraph, The Stage. Magazines include; Dance and Dancers, The Dancing Times, Time Out and Venue.

Zuleika is best known for her work with The Royal Shakespeare Co., where, between 1996-2001, her photographs were used for all postcards and calendars.

Books in which her photographs appear include; ‘Antony Sher, Beside Myself’ an autobiography, ‘Shakespeare and the Nature of Women’ by Juliet Dusinberre and ‘Rough Magic: Making Theatre at the Royal Shakespeare Company' by Steven Adler.

Stephen Adler wrote; “..the artistic contribution of the indefatigable Zuleika Henry…..Zuleika provided the majority of the photographs in this book and without her superb artistry and exemplary commitment to this project, I would still be searching for photographs.”

As well as her editorial work Zuleika is the production photographer for SOS ‘Show of Strength’ Theatre Co. in Bristol Including, “The Wills’s Girls” at The Tobacco Factory, “Trade It?” specially commissioned for the 200th anniversary of the abolition of slavery, “Celebration” at The Create Centre, “Recycled Stockings” and “Trading Local”. "Fanny and Johnnie Cradock Cook The Great American Song Book" is now in it's 2nd successful year. Their latest production 'Frankenstein in Bath', the story of how Mary Shelley wrote 'Frankenstein' in Bath 200 years ago, won the Creative Bath Award for best live performance in 2017.